The Vital Role Of The Global Supply Chain For 5G

Mobile Network Operators (MNOs) have already started to roll out 5G infrastructure on a large-scale basis across the world. Chinese MNOs have deployed more than 500,000 5G cell sites, while in the United States, AT&T claims 5G network availability nationwide. Verizon has also launched 5G Ultra-Wideband (UWB) in parts of more than 30 cities, and T-Mobile and Sprint have joined forces to build 5G networks and plan to provide 99% 5G coverage to the American market within 6 years. In the United Kingdom, all MNOs have started rolling out 5G, with different plans and in different cities. For example, EE has rolled out 5G networks in 80 cities, Vodafone in 44 locations, Three in 65 cities, and O2 in 60 cities. Similarly, in Australia, Telstra’s coverage has expanded to 10 major cities, and in Germany, Vodafone and Deutsche Telekom have launched 5G in several locations. In South Korea, SK Telecom claims to have the world’s first nationwide commercial 5G wireless network, making this market the densest in terms of population coverage.

At the same time, more 5G-capable devices are entering the market. According to ABI Research, 2021 will see <US$200 5G-capable smartphones, allowing a much larger subscriber base to have access to the new generation, rather than the premium smartphone segment. This will accelerate the development of new services, increase consumer adoption, and, in turn, encourage further deployment of 5G. If 2020 was the first year 5G started to enter the mainstream, 2021 will be the year 5G reaches mass market appeal. This would not have been possible without a few key foundational technologies that are now fundamental components of 5G networks. 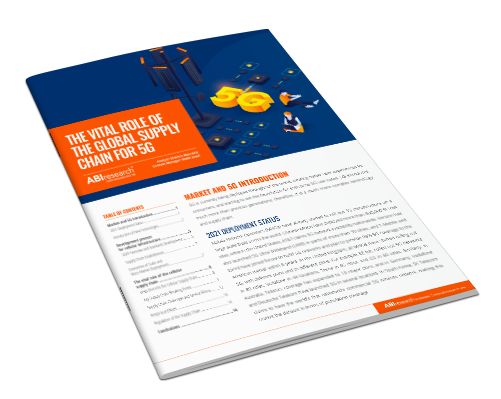